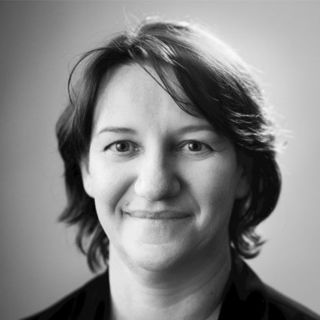 Judith has a European Business degree from Hull Universtity, and a Diplom Betriebswirt from FH Münster. After starting her career first in London and then Frankfurt, she moved to Luxembourg in 1994, and has worked in financial sector ever since.

She has experience of the funds and insurance industries, as well as private banking, mainly in communication, change management and project roles. From 2008-2016, she managed the liquidaton of an Icelandic bank, and between 2017-19 she was part of the merger & acquisition team disposing of a Nordic private bank. Following the sucessful conclusion of that deal, she stayed on to run-off the remaining loan book.
Judith joined the ABBL in September 2019 as Head of Communication. In April 2021, Judith was appointed COO, taking on the responsibility of several support functions. She has played a key role in the transformation of the ABBL, leading the new web site and Membernet project with a view to improving communication towards members. Since January 2022, Judith has been a member of the Management Board of the ABBL.